Da Rest of My Fourth of July

So I showed y'all my new dress yesterday, but da restest of my Fourth of July were fun too.

I got to play some pool ball wif my momma and Ally. 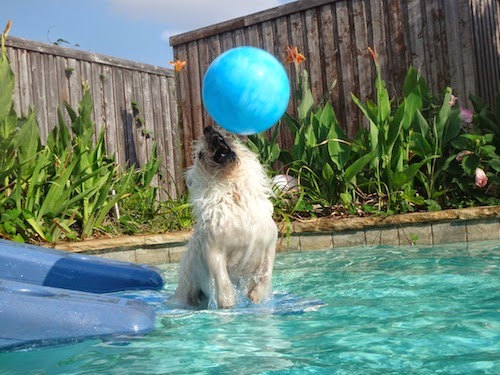 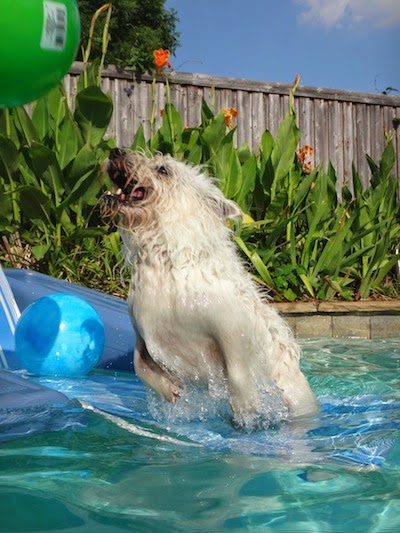 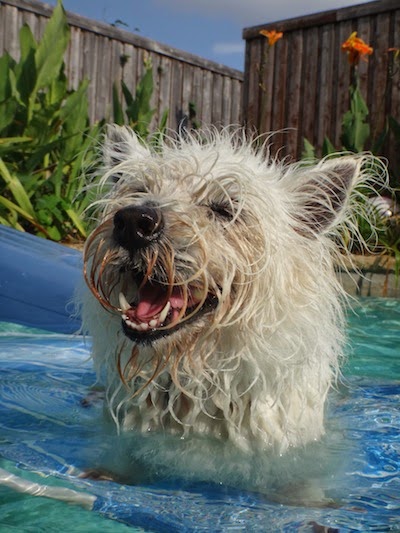 Da humans had some BBQ chikken for dinner and I barked dem for some, but dey did not share.  How rude!  At least I got my ground beefs like normal.  Well, ok, Finley's momma shared some.  But da peeps wif da big chikken breastses did not share nuffin.

Den I went to da fireworks show.  Finley stayed home dis year becuz da peeps like to sit pretty close and da boomers were too loud for her lastest year. Yup, I were on da lookout for redcoat zombies. 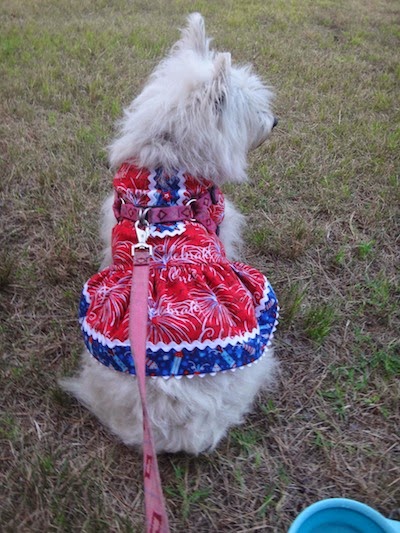 I were da cutest pup dere!  I bet y'all are finkin I barked at da fireworks, but I didn't.  In fact, fireworks are bout da only fing I don't bark!  I did bark at dis other dog I saw though, I did not like him bein in my terriertory.  And I whined some becuz some people had dese real fun lookin glow in da dark balloons and I wanted to go play wif dem but didn't get too.

I watched da fireworks at first, but den it got boring and I fell asleep.  I woke back up for da finale though, I liked watchin da exploshuns. 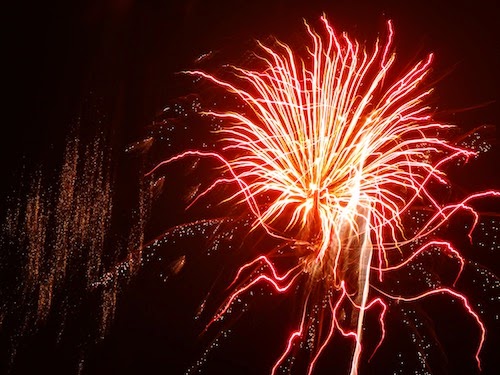 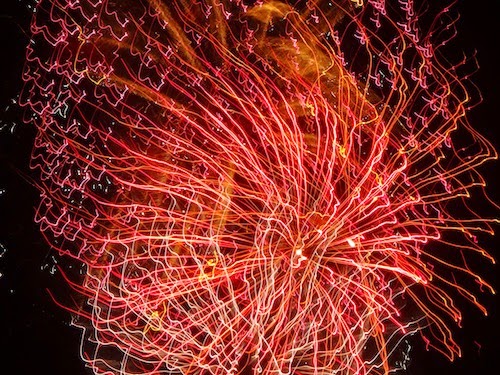 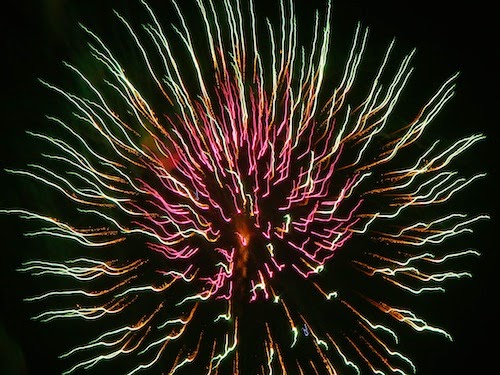 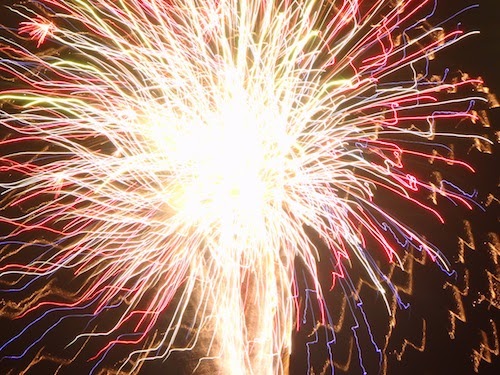 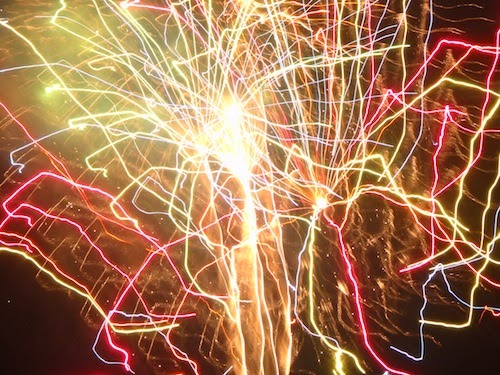 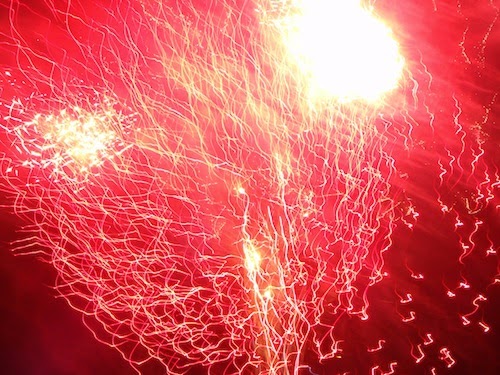 Today I got to wear da other side of my new Fourth of July dress.  My pal, Zoe, were askin what da other side looked like.  It's got more fireworks on it. 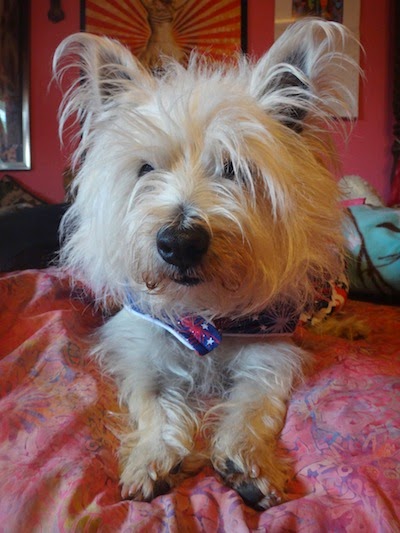 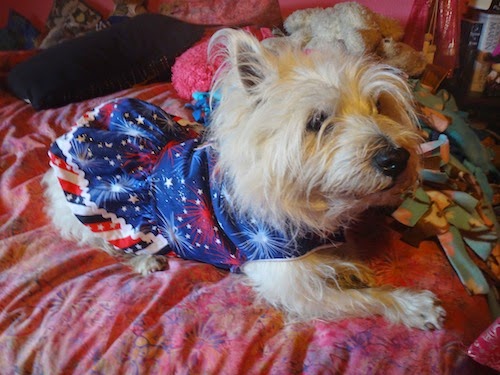 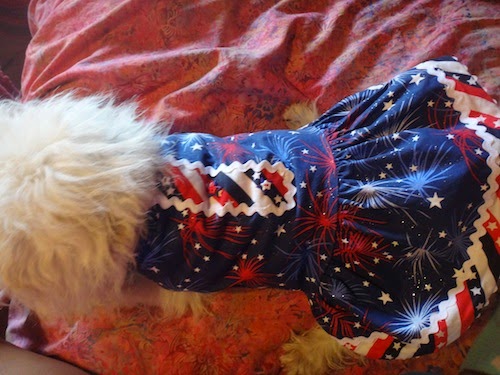 See, real patriotic and all dat stuffs.  Hope y'all had a pawsome Fourth of July too and I hope ya snagged more MEATZ™ dan I did.
Posted by Kinley Westie at 7:15 PM