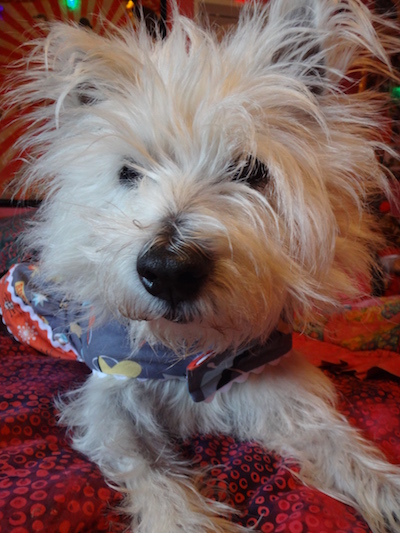 Hey y'all.  Our internets are still not workin good, in fact it are gettin worse and worser all da time.  And since Time Warner are apparently not interested in fixin da internets, we is gonna be switchin providers.  My momma has been tryin to get on to da a posty for me for a couple of days now and we is just finally able to.  We wanted to let y'all know we is ok after all da storms we had in Dallas - an F4 tornado hit Garland, which are pretty close to us.  Da sirens went off here a couple times and we had to go hang out in da bathroom but da only damage we suffered wuz a couple of snapped Christmas light strands.  Which are nuffin compared da peeps who lost dere lives and dere homes.  Such sad stuffs, speshully right after Christmas. 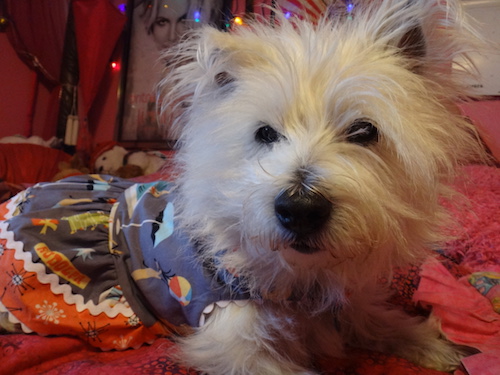 I also wanted to show ya a Bonus 25 Days of Christmas Fashun dress - Finley's momma made me dis one.  Santa needs a vacay after all dat hard work I guess, so him and da reindeers is hittin da hotel pool! 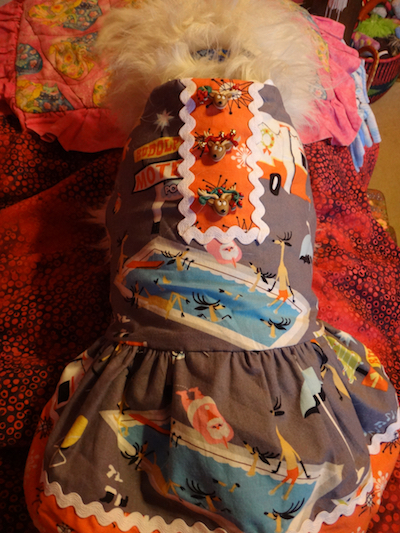 It are all retro-styled.  Which da mommas luv. 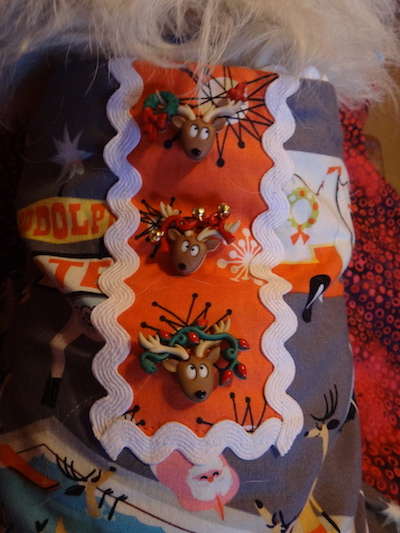 And it has dese cutie pie reindeers on it.

I'll be back to postin and commentin on your bloggies when I can - but I don't really know when dat'll be.  But me, Finley, da kitties, and all da peeps are all doin ok.  Just frustermarated bout da lack of internets.
Posted by Kinley Westie at 1:22 PM