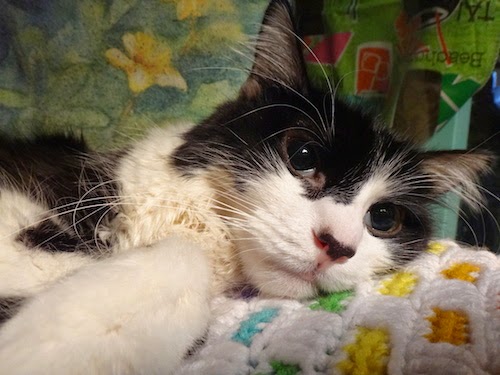 I are heartbroken.  My bestest kitty boyfriend Maurice had to go to da Bridge today.  He had been very sick dis weekend and wuz just gettin worse.  Dis mornin, da vet called wif da results of da test on his fluids and confirmed Moe had a bad case of FIP.

Da mommas slept out in da livin room wif Maurice last night.  I slept as close to him as I could get while still givin him some space since I knew he wuz feelin bad.  Finley kept watch up on da back of da couch to make sure no rambunkshus kittens got outta line.  I just wanted to be as close to my buddy as I could.

Me and Moe wuz best buds.  When I lived in Austin with my momma and Ally, it wuz just me and Maurice.  He liked to smacky paw me around a lil, but mostly we got along real good.  Da peeps used to joke dat I was da Rihanna to his Chris Brown since I kept goin back for more.   I taught Maurice how to bark even, we wuz bestest pals.

I are just so sad.  We wuz best friends.  I kept him company as long as I could.  I are heartbroken and very sad wifout my bestest kitty pal. 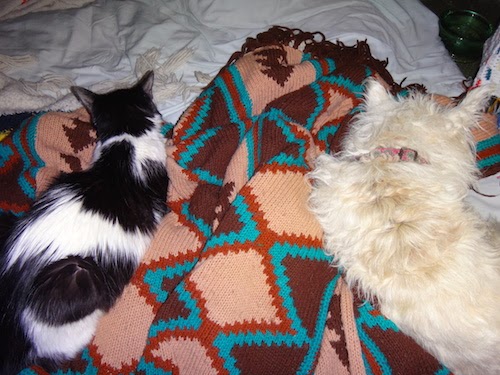