Yappy Howloween y'all!  Millie and Walter finally guessed our Howloween costumes - we went as Daenerys Targaryen from Game of Thrones and her three dragons, Drogon, Viserion, and Rhaegal!  Here are a lil music to get ya in da mood . . .


Anyways, either da rest of y'all don't get HBO or my momma are just da only nerd around.  BOL!

She made a pretty good Daenerys . . . 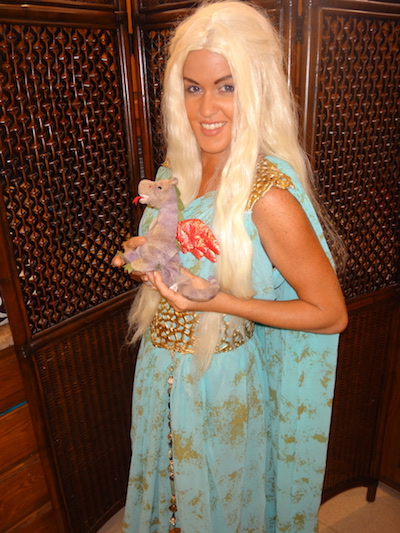 She has a travel dragon to take wif her when she goes out tonite - but we are better I finks! 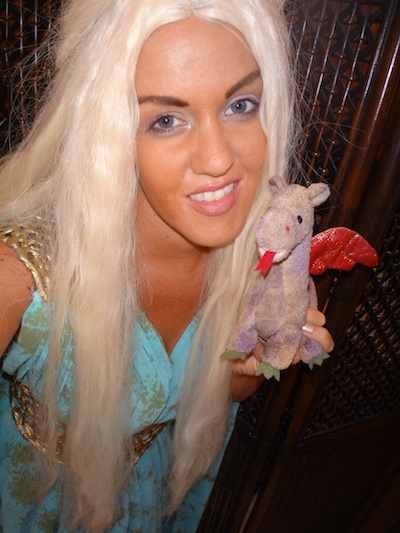 I dressed up as Drogon, da black dragon.  It are also da most aggressive one (which fits wif my growling) and it are Dany's fave. 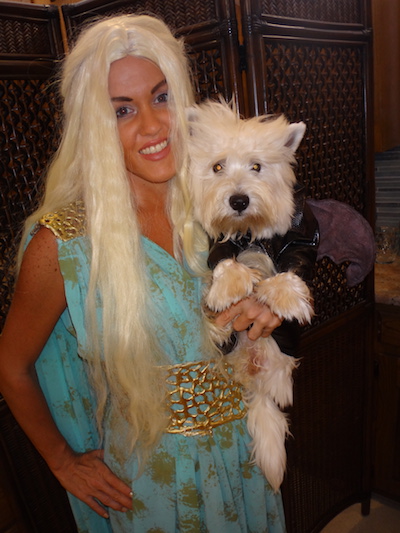 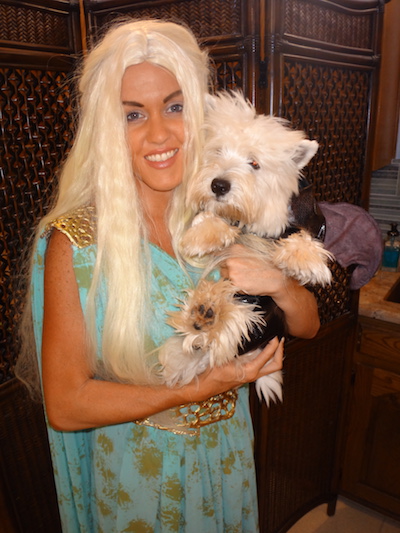 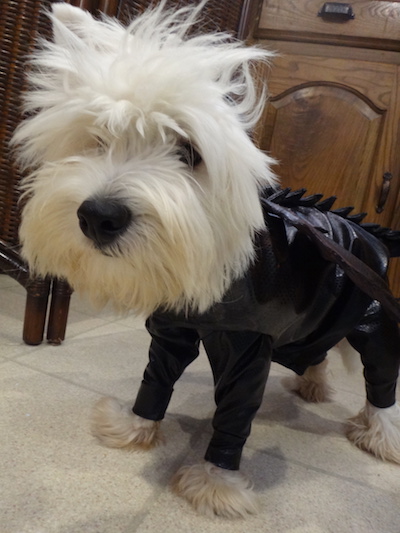 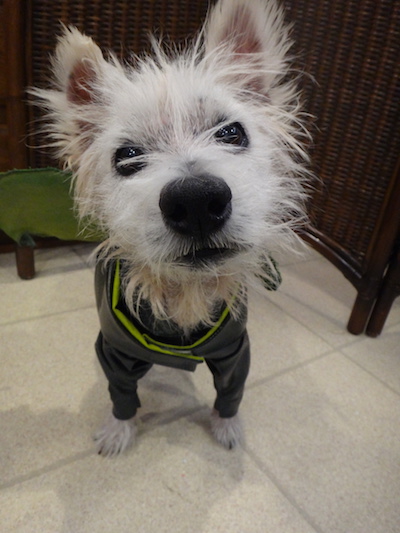 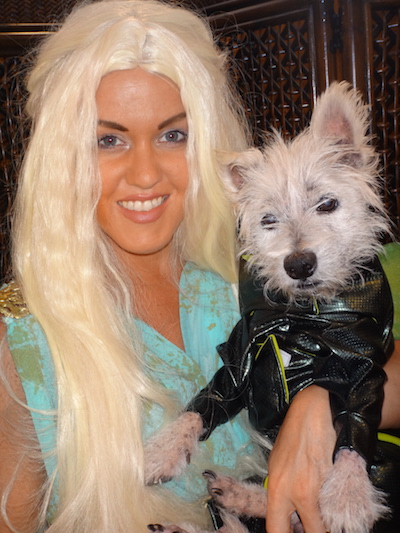 Dat are one tuff dragon! 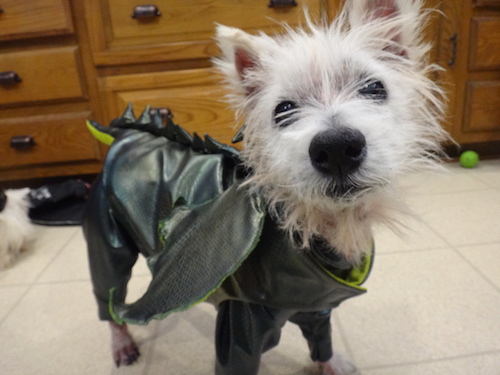 Brinley got to be Viserion, da white dragon. 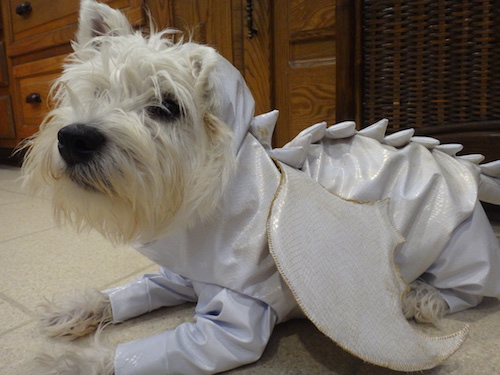 She makes a cute lil dragon. 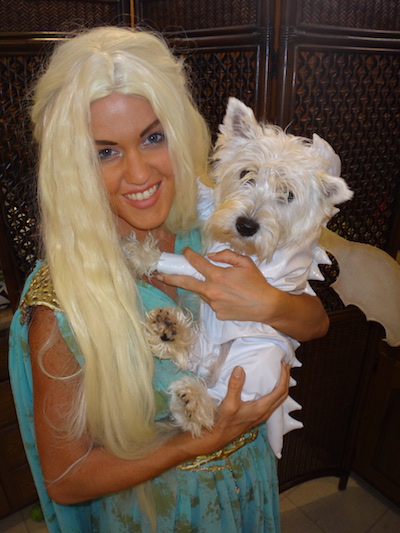 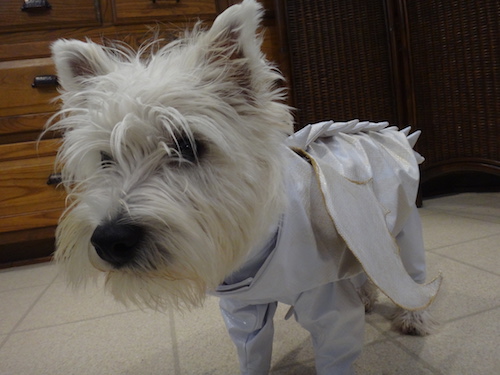 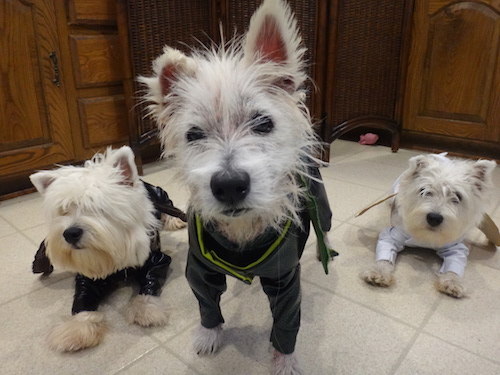 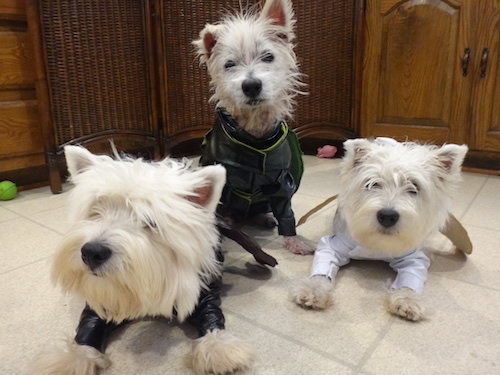 Posted by Kinley Westie at 9:19 PM