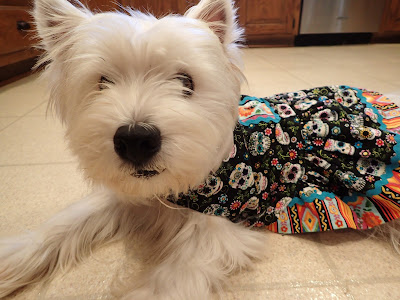 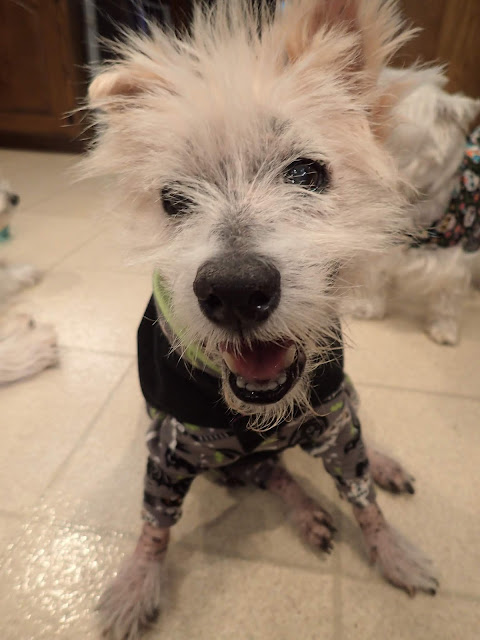 Dat means Day of the Dead, in case ya don't know. 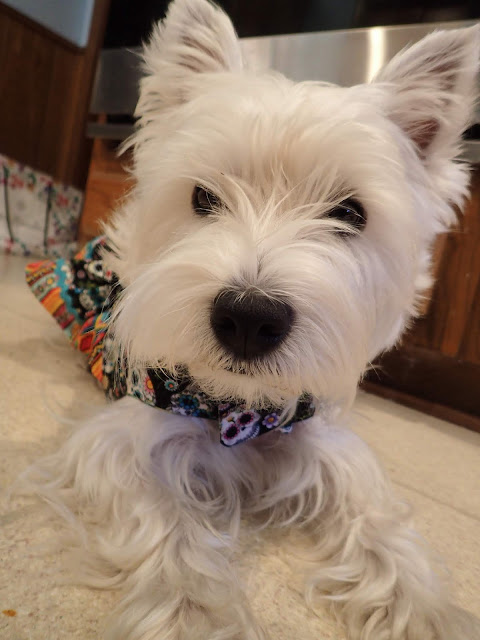 Momma says she duz not really have any dead relatives she are thinking bout (just great-grandparents and she didn't really know dem), but she are thinkin bout some of da animals she has had. 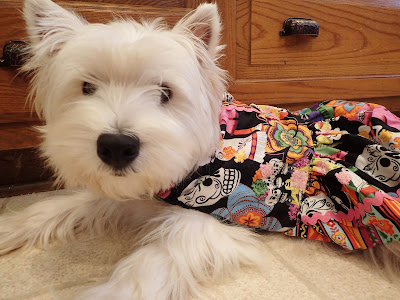 I don't know nobody dead, so I are thinkin bout hamburgers. Or maybe fajitas or enchiladas if we are gonna keep wif da Mexican theme. 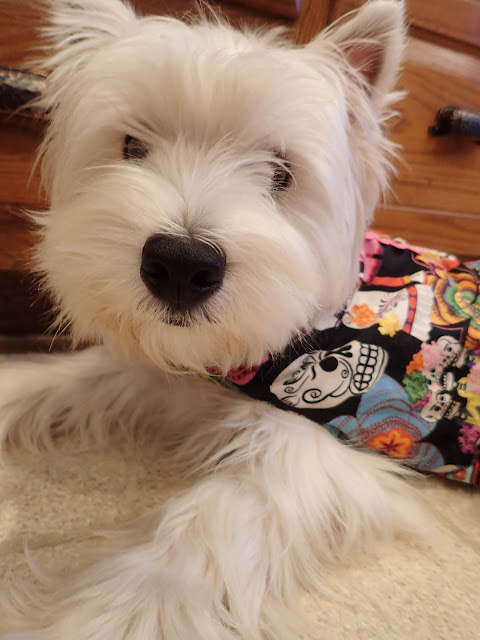 Ok, it are what I would be thinking anyways - ya can't blame a girl for havin an appetite! 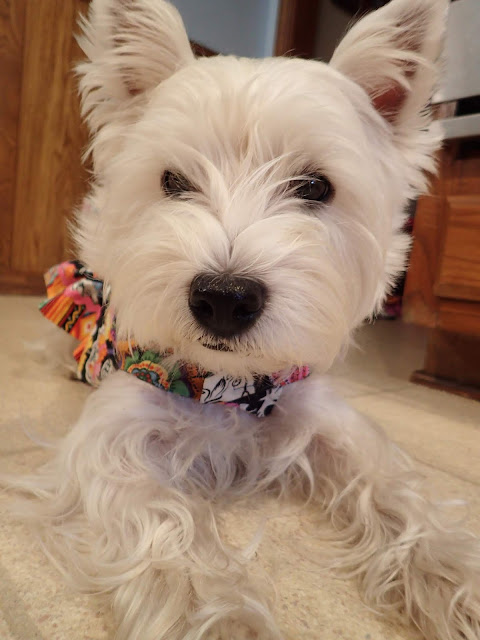 Although Brinley did get blamed for stealin some cheeze from Aunt Ally tonite. 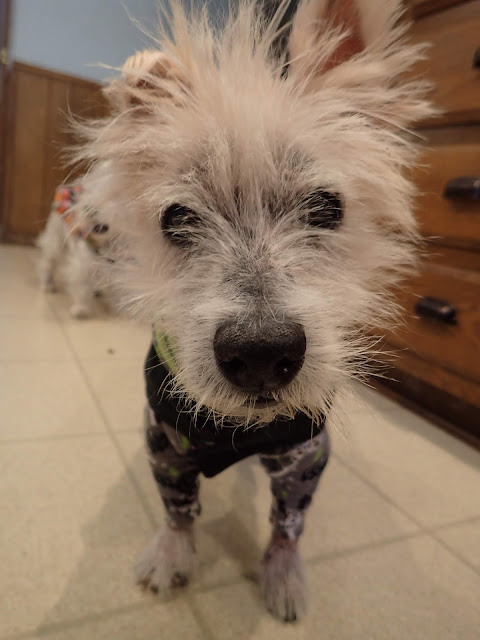 Finley says we should just claim it wuz an ofrenda to a perrita de los vivos. BOL!