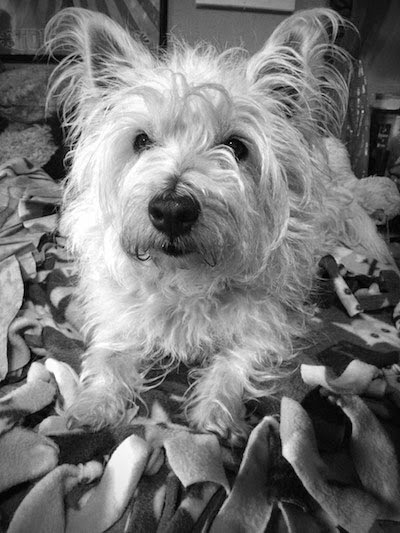 Hey y'all!  It were a pretty borin Sunday round here, it were all rainy so I didn't get to do my zombie patrol or play pool ball.  It were so boring I had to start inventin stuff to bark at, it are a lotta hard work to make up things to bark at, hard work dat da peeps just don't apprecimatate.

Anyways, lastest night I were abandoned for a few hours or months or a year or somefin.  Da peeps went to da John Fogerty and Jimmy Buffett concert.  And dey didn't even take us!!  Dey had a real good time and my momma took some pikshures (of course she would, I fink she's like a profeshunal puparazzi).  Dere were some dudes singin and stuff, but dis were my favorite one . . . 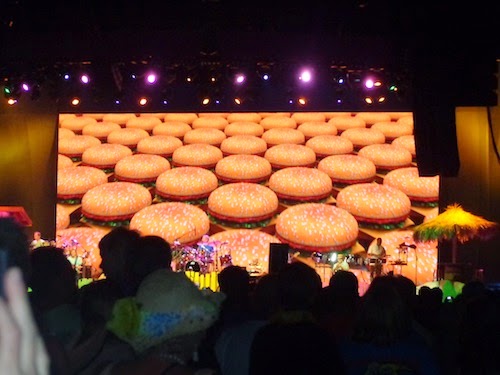 Tons and tons of cheezeburgers!!!  I can't believe I missed dis!  I fink I are gonna need to bark a lot bout missin out on da giant cheezeburgers.

Posted by Kinley Westie at 6:54 PM