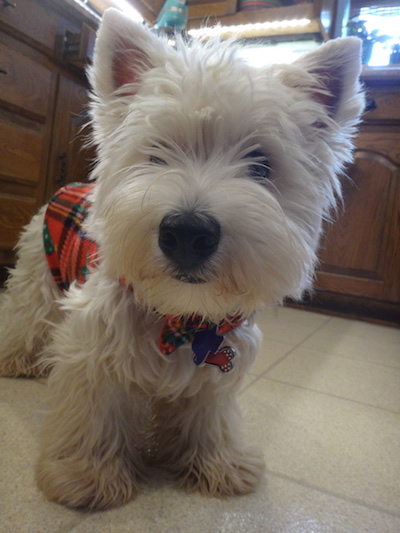 So remember a couple days ago when I barked bout how Finley said dere wuz gonna be a tree inside?? 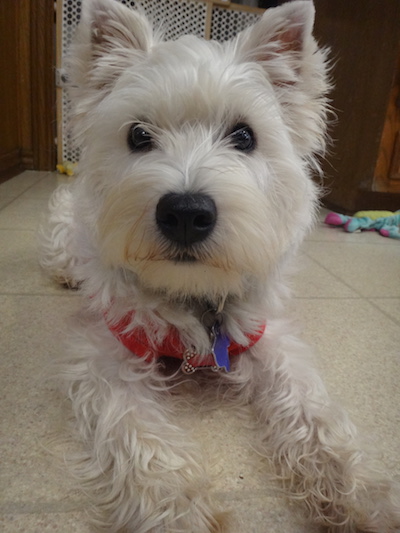 Well, she wuzn't kiddin - da mommas has been doin all kindsa crazy Christmas decorayshuns.  Includin setting up a big tree - it looks like a tree, but it don't smell like one.  Momma says is are Art Offishul.  I don't know who decides what art gets to be offishul and all dat, but somebody musta decided dat dis tree counted even though it don't gots no skwerrils in it. 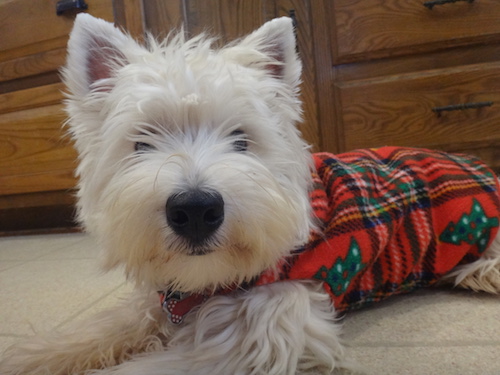 Yeah, it don't make no sense to me.  Or dollars either. 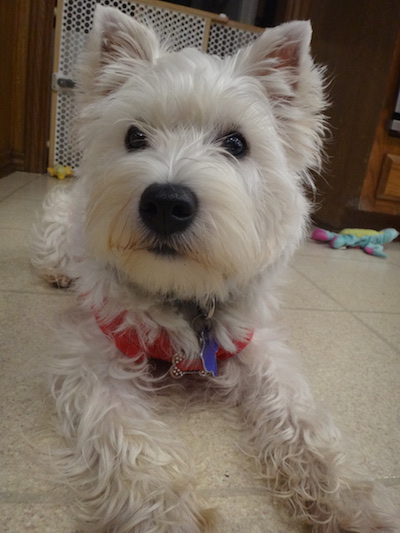 Anyways, da mommas has been goin all crazy wif deck-a-moratin everything - dere's rainbow lights everywheres!  And Santas, and snow doods, and reindeers, and penguins.  Even our toys has been swapped out for Christmas ones - and I got to in-hair-it a whole basketful of those. 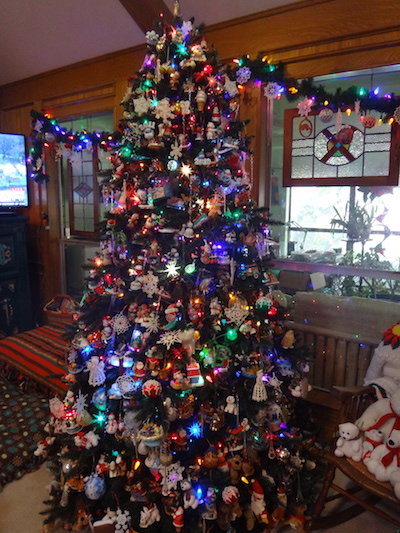 Anyways, dis are da tree I told ya bout.  It took days for em to do! 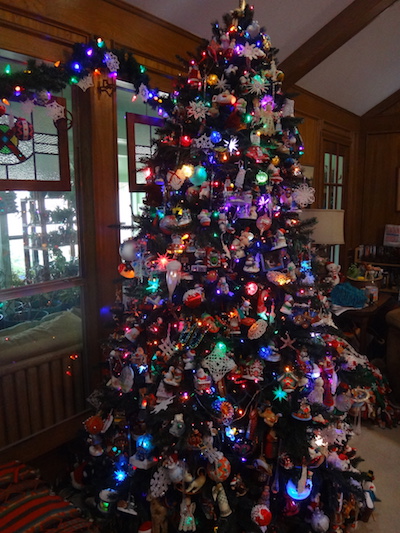 At least it are a better use of time dan bathin us.  Yeah, we got gaffs yesterday which wuz NO fun.  Momma should spend more time deck-a-moratin and less time in da tub. 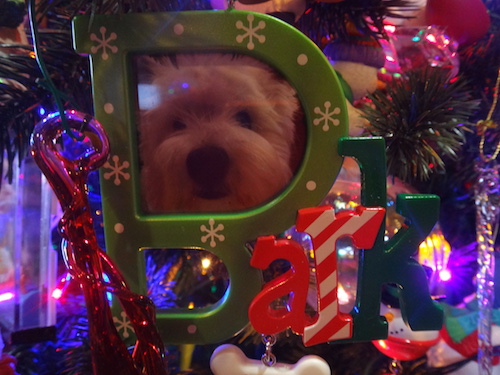 I even has my own ornament!  Brinley has one just like it - well, it has her pickshure in it instead of mine, but ya get da idea. 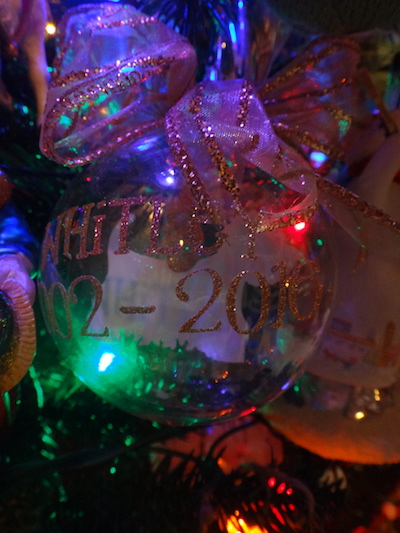 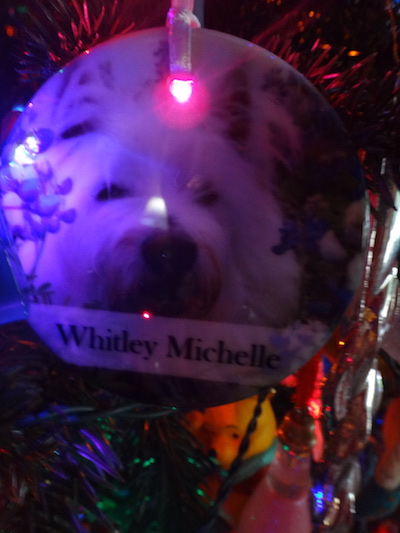 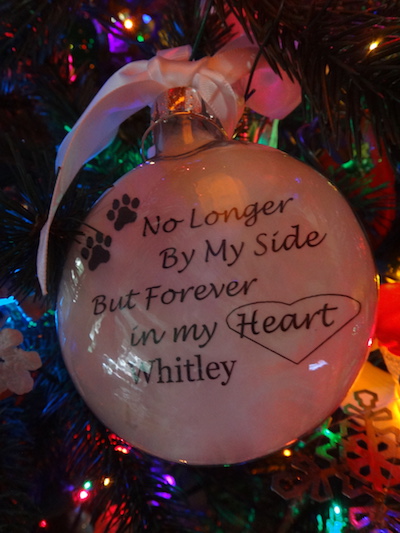 And of course we got to pose in front of da tree! 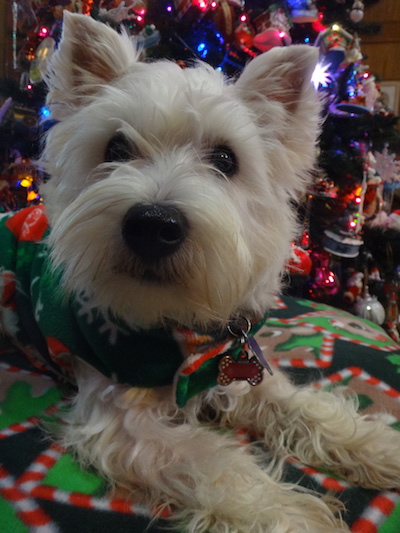 Finley warned us Santa hats and antlers wuz comin.  What da woof??  Maybe my momma has been watchin dat Grinch movie too much and wants to make herself a reindeer. 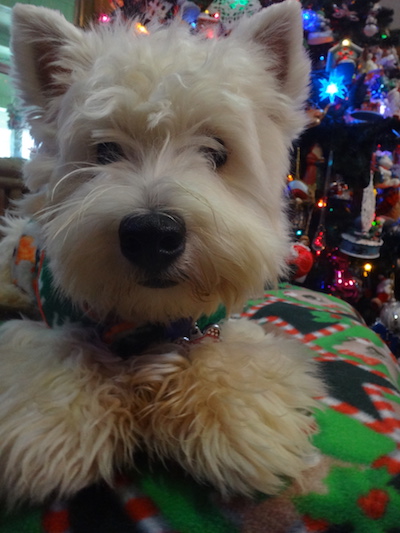 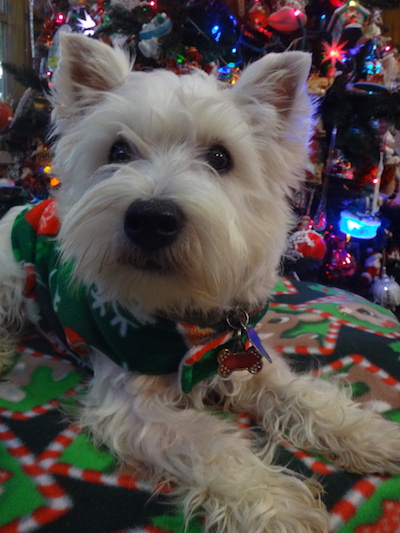 Maybe if we just look cute she'll forget bout it. 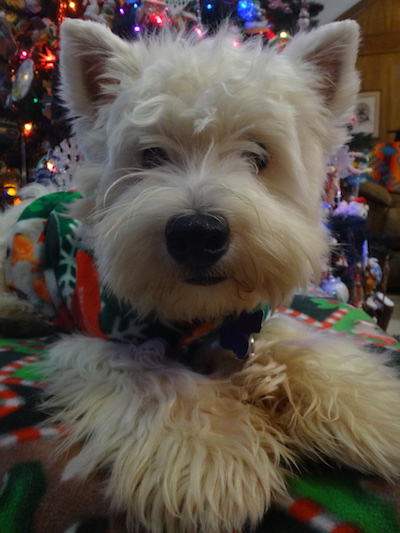 I also wanted to bark a thank you to my pal Bailey - I won dese salmon treats in a giveaway and dey are yummy! 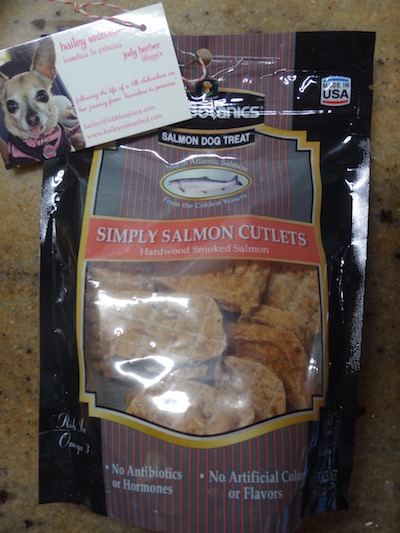 Maybe I'll even endure antlers for em.
Posted by Kinley Westie at 11:58 PM