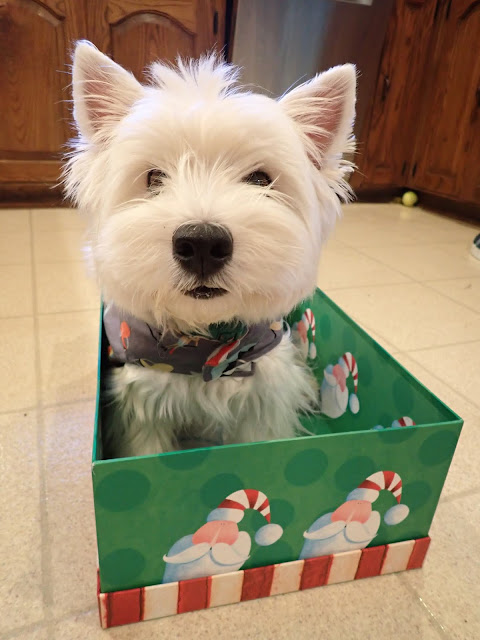 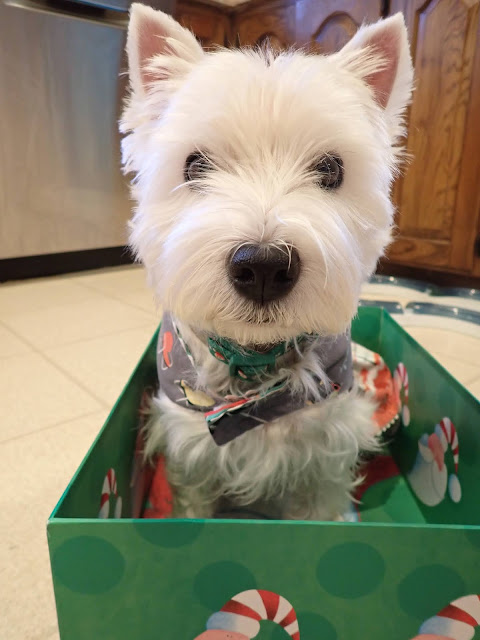 Ok, we know it's mainly a cat blogosphere thing, but if da kitties can sit in a box, so can we. And hey, who wouldn't want to get a westie in a box? 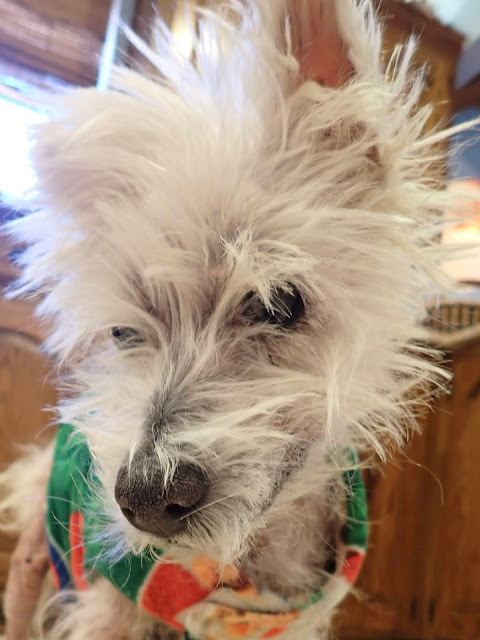 Finley says she'd box anyone who even thought about putting her in a box. 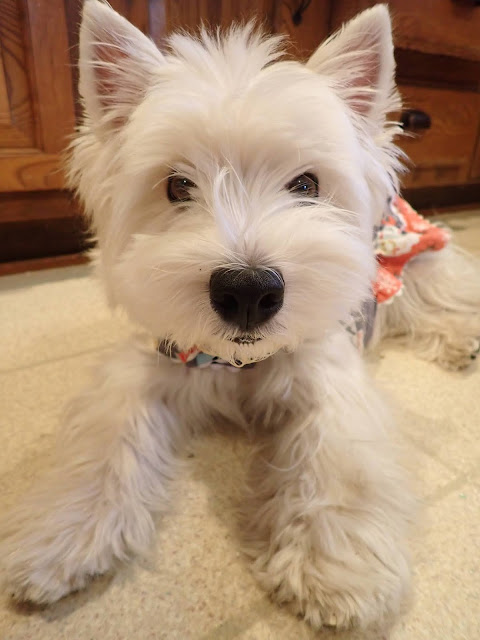 We had a fun Christmas night and Boxing Day! I got a bike ride today and we got another walk. And last night we watched Wonder Woman 1984 which Brinley approved of. She just let out a woof of approval and wagged her tail - the bully in A Christmas Story sets her off, but she luvs girls kicking butt. 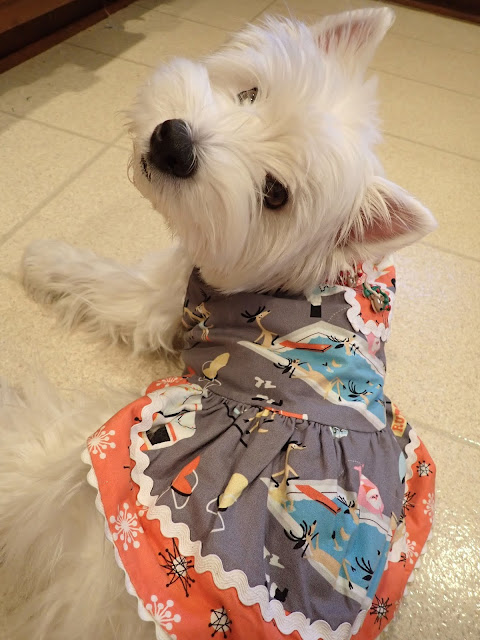 We thought Santa and da reindeers deserve a vacyashun today, so they're getting to relax today. Just as long as the elves keep working on making us westies toys.
Posted by Kinley Westie at 6:55 PM