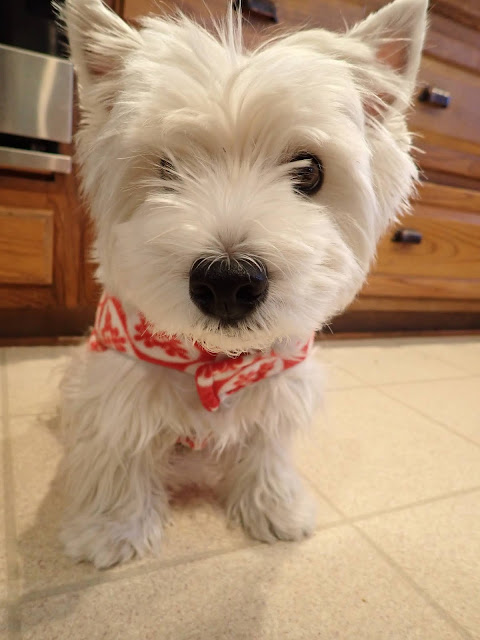 Well, we is in a Code Red emergency here. At least dat are what da city are saying. They called saying that people could be without power for days since multiple power plants are out. They are also doing rolling blackouts, but they are not always rolling the power back on. Luckily, we haven't lost power - grandma thinks it might be becuz we is very close to a fire station and they won't cut power to a fire station on purpose. 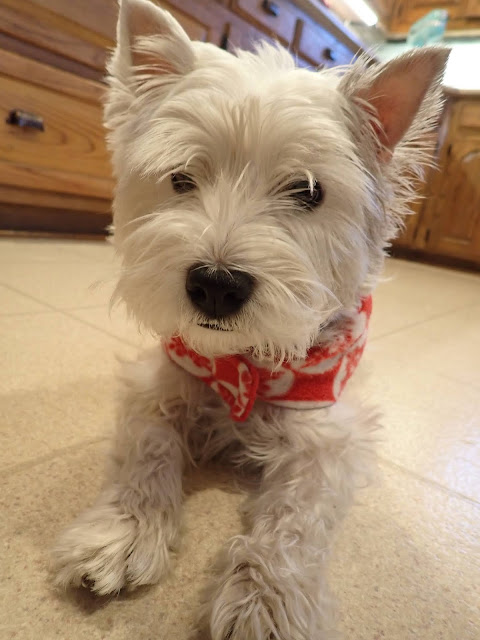 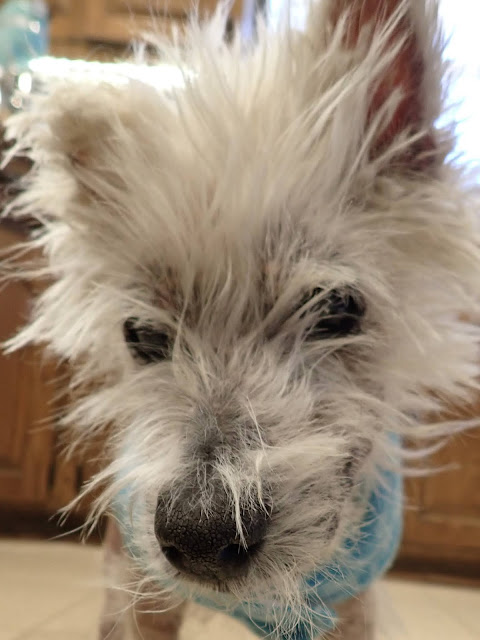 The snow and ice are NOT being nice to Finley. She ackshually kinda likes it which surprised da mommas since she is so thin and arthritic and so naked from her allergies. But she is almost 15 and has very thin skin and the snow/ice is literally cutting her skin and making her bleed when she goes out. If she would use pee pads, we would be doing that, but she won't. So da mommas just try to get her to go quick and then get her cleaned up and warm when she comes back in. 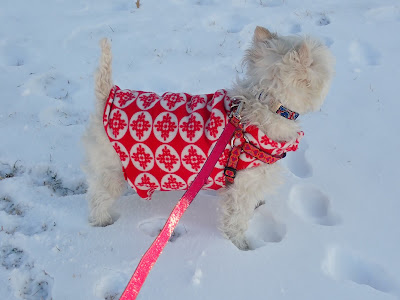 Brinley are not a big fan of da snow either. I think she's seen enuf and she seems to prefer a warm spot by da fire. 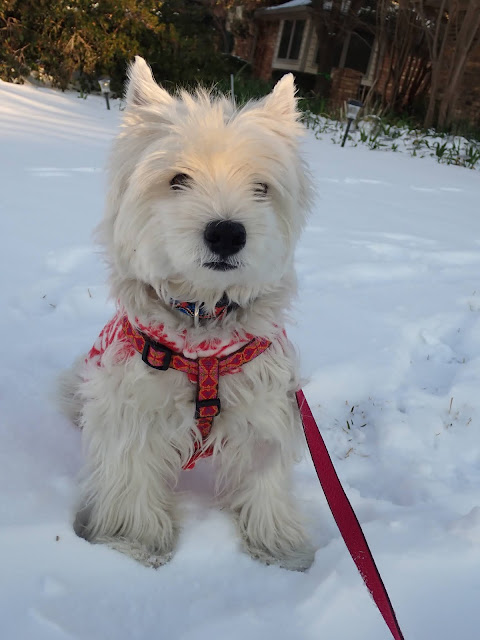 Me? I'm a polar bear! I just want to sit in da snow and run in da snow and play in da snow. Momma says I are nuts. If it wuz like 25 or somefin, she says I might get to play in it more, but it are dangerously cold, so I hafta come in. 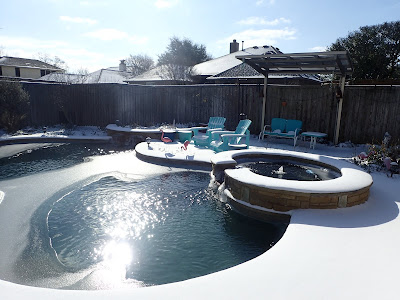 It's so cold that there wuz ice on the pool (even though it wuz running) this morning. Grandma had to break it up this morning and da mommas is gonna hafta sleep in shifts tonite becuz if we lose power, they gotta go out and immediately drain da pool equipment becuz otherwise it will ice and pipes will break. 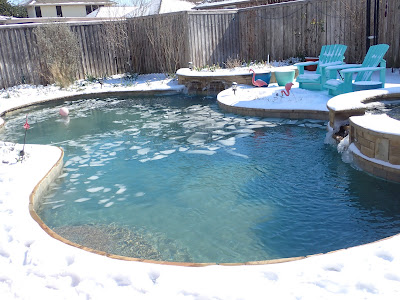 I think da humans have had it wif da cold, but I wish I could get some more play time.
Posted by Kinley Westie at 6:52 PM